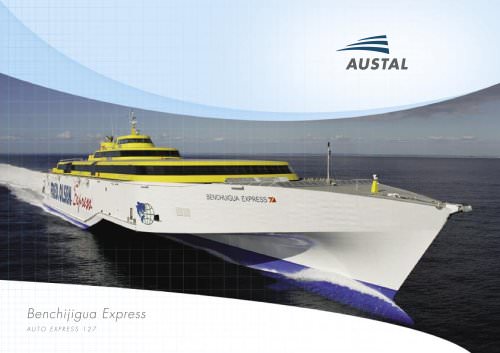 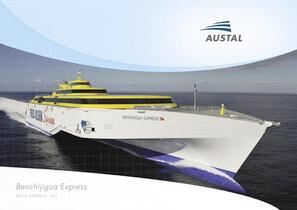 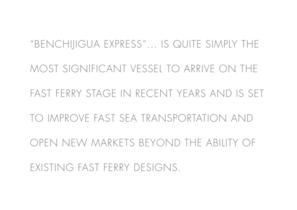 "BENCHIJIGUA EXPRESS"... IS QUITE SIMPLY THE MOST SIGNIFICANT VESSEL TO ARRIVE ON THE FAST FERRY STAGE IN RECENT YEARS AND IS SET TO IMPROVE FAST SEA TRANSPORTATION AND OPEN NEW MARKETS BEYOND THE ABILITY OF EXISTING FAST FERRY DESIGNS. 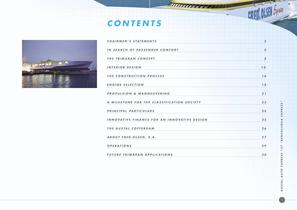 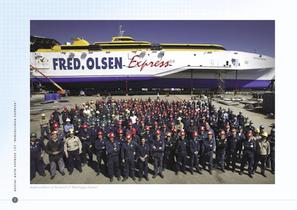 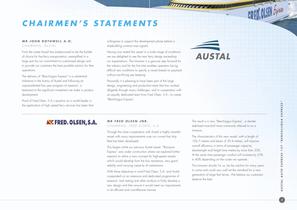 CHAIRMEN'S STATEMENTS CHAIRMAN, AUSTAL From the outset Austal has endeavoured to be the builder of choice for fast ferry transportation, exemplified in a large part by our commitment to customised design and to provide our customers the best possible solution for their The delivery of "Benchijigua Express" is a substantial milestone in the history of Austal and following an unprecedented five year program of research, is testament to the significant investment we make in product Proof of Fred.Olsen, S.A. s position as a world leader in the application of high speed ferry services has been...

THIS PROJECT COULD BE SAID TO HAVE STARTED IN 1999, WHEN AS A RESULT OF DISCUSSIONS WITH FRED.OLSEN, S.A., AUSTAL WAS ASKED TO DESIGN A LARGE CATAMARAN FOR USE IN THE CANARY ISLANDS. HOWEVER IT WAS CLEAR DURING THE ONGOING TECHNICAL DISCUSSIONS THAT FRED. OLSEN, S.A. WAS LOOKING FOR A FRESH APPROACH AND A BETTER SOLUTION TO THE ISSUE OF PASSENGER COMFORT, HULL EFFICIENCY AND FUEL PASSENGER COMFORT Fred. Olsen, S.A. were aware that Austal had been investigating the trimaran hull form as a concept which could deliver improved passenger comfort. Their request initiated many months of intense... 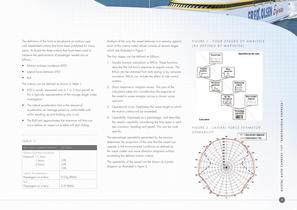 The definition of the limits to be placed on motions uses well established criteria that have been published for many years. At Austal the three criteria that have been used to measure the performance of passenger vessels are as • Motion sickness incidence (MSI) • Lateral force estimator (LFE) The criteria can be defined as shown in Table 1. • MSI is usually measured over a 1 or 2 hour period as this is typically representative of the voyage length undei • The Lateral acceleration limit is the amount of acceleration an average person is comfortable with whilst standing up and holding onto a... 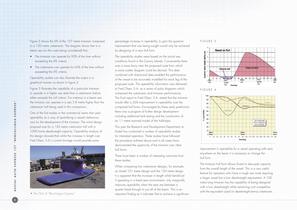 Figure 2 shows the LFE of the 1 27 metre trimaran compared to a 1 20 metre catamaran. The diagram shows that in a beam sea (on the route being considered) that; • The trimaran can operate for 95% of the time without • The catamaran can operate for 65% of the time without Operability studies can also illustrate the output in a graphical manner as shown in figure 3. Figure 3 illustrates the capability of a particular trimaran to operate in a higher sea state than a catamaran before either exceeds the roll criteria. For instance in a beam sea the trimaran can operate in a sea 3.8 metre higher... 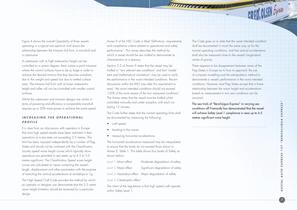 Figure 4 shows the overall Operability of three vessels operating in a typical sea spectrum and shows the relationship between the trimaran hull form, a monohull and A catamaran with its high metacentric height can be controlled to a certain degree; there comes a point however where the control surfaces have to be so large in order to achieve the desired motions that they become unrealistic, due to the weight and speed loss due to wetted surface area. The trimaran hull form with its lower metacentric height and softer roll can be controlled with smaller control Whilst the catamaran and... 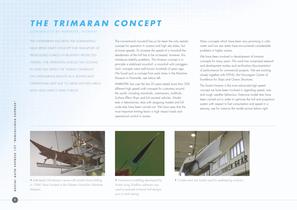 CONTRIBUTED BY MARINTEK, NORWAY THE CATAMARAN HAS BEEN THE DOMINATING HIGH SPEED CRAFT CONCEPT FOR TRANSPORT OF PASSENGERS/CARGO IN RELATIVELY PROTECTED WATERS. FOR OPERATION ACROSS THE OCEANS IN HIGH SEA STATES THE TUNNEL CLEARANCE ON CATAMARANS RESULTS IN A SIGNIFICANT OPERATIONAL LIMIT DUE TO LARGE EXPOSED AREAS WITH HIGH IMPACT WAVE FORCES. The conventional monohull has so far been the only realistic concept for operation in oceans and high sea states, but at lower speeds. To increase the speed of a monohull the slenderness of the hull has to be increased, however, this introduces... 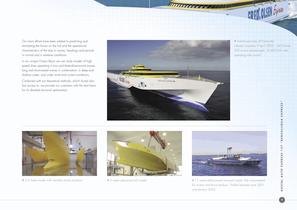 Our main efforts have been related to predicting and stimulating the forces on the hull and the operational characteristics of the ship in waves, headings and periods in normal and in extreme conditions. In our unique Ocean Basin we can study models of high speed ships operating in two and three-dimensional waves, long and shortcrested waves in combination, in deep and shallow water, and under wind and current conditions. Combined with our theoretical methods, which Austal also has access to, we provide our customers with the best basis for it's detailed structural optimisation. • Formal... 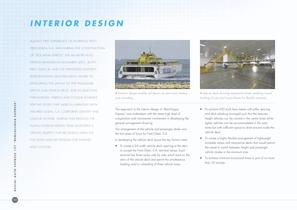 INTERIOR DESIGN AUSTAL'S FIRST EXPERIENCE OF WORKING WITH FRED.OLSEN, S.A. WAS DURING THE CONSTRUCTION OF "BOCAYNA EXPRESS" THE 66 METRE AUTO EXPRESS DELIVERED IN NOVEMBER 2003. BOTH FRED OLSEN JR. AND THE APPOINTED OWNER'S REPRESENTATIVES DEVOTED MANY HOURS TO DEVELOPING THE LAYOUT OF THE PASSENGER SPACES AND VEHICLE DECK, AND IN SELECTING FURNISHINGS, FABRICS AND COLOUR SCHEMES FOR THE VESSEL THAT WERE IN HARMONY WITH THE FRED.OLSEN, S.A. CORPORATE IDENTITY AND COLOUR SCHEME. DURING THIS PROCESS THE AUSTAL INTERIOR DESIGN TEAM DEVELOPED A STRONG RESPECT FOR MR OLSEN'S KEEN EYE FOR DETAIL... 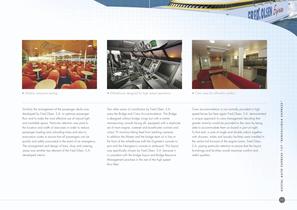 Similarly the arrangement of the passenger decks was developed by Fred.Olsen, S.A. to optimise passenger flow and to make the most effective use of natural light and available space. Particular attention was paid to the location and width of staircases in order to reduce passenger loading and unloading times and also to evacuation routes to ensure that all passengers can be quickly and safely evacuated in the event of an emergency. The arrangement and design of bars, shop and catering areas was another key element of the Fred.Olsen, S.A. developed interior. Two other areas of contribution...

All Austal USA catalogs and brochures